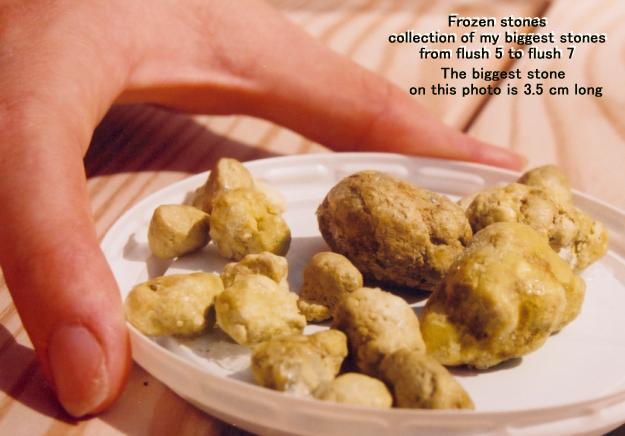 Sick people may have hundreds or thousands of stones in their liver and gall bladder. Photo credit: Curezone.com 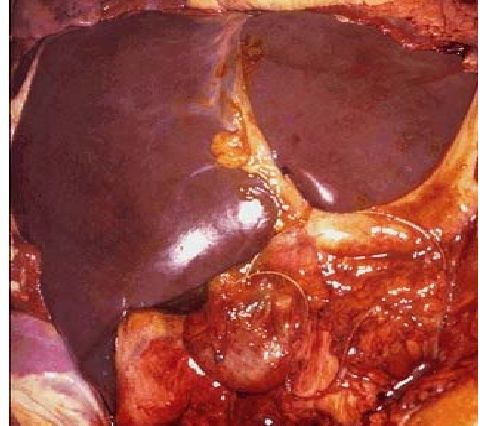 The liver is the largest organ in the human body next to the skin. The liver’s job is mainly cleaning the blood. Sometimes the liver is clogged by sludge and stones and needs cleansing.

The gall bladder may or may not be diagnosed as having stones. Don’t let the greedy doctors and greedy hospitals fool you: DO NOT REMOVE YOUR GALL BLADDER VIA SURGERY. You need every organ in your body. A few liver flushes will clean you out better, cheaper, faster, more effectively. In my opinion it is a crime against people that their gall bladders are removed when liver flushing has been in existence for thousands of years!

To cure the incurables, I suggest a minimum of 10 liver flushes spaced 2 to 4 weeks apart. Do different variations of liver flushes.

Liver flushing is cheap, easy, safe and effective. I say it costs some P 200 to P 500 per liver flush depending on where you live around the world and what liver flush variation you do.

Here is a wonderful article from a healer I respect: 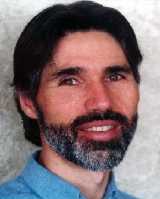 Does Your Liver Need An Overhaul? The Importance Of Liver Flushing
By Andreas Moritz

If you experience major, persisting health problems, either physical or emotional, your liver may be congested with toxic compounds that are trapped within deposits of hardened bile (intrahepatic stones). Almost all health conditions, beauty problems and premature aging are closely linked with declined liver performance which is elusive to blood tests. Congestion in the bile ducts of the liver undermines the body’s effort to make proper use of ingested food and vital energy. This, in turn, may lead to accentuated expressions of discomfort, including fear, anger, impatience, greed, depression, dis-ease and cynicism. Cleansing the liver of existing obstructions and impurities can help restore balance, vitality and happiness in every facet of your life.

When The Body Complains…

Unlike the stomach, for example, the liver never tells you directly when it is upset or needs special attention. It does tell you indirectly, though, when it starts to perform poorly. The following conditions would not occur if the liver were in optimum shape: skin irritation, weak eyesight, unhealthy bowel movements, irregular menstrual cycles, recurring headaches, unexplainable weight gain, loss of energy, sudden aging, elevated cholesterol levels, most allergies, constricted blood vessels, bloated abdomen, water retention, gastrointestinal trouble, breathing difficulties, poor memory and concentration, pain in the joints or elsewhere in the body, brittle bones, and any major illness such as heart disease, cancer, MS, diabetes or Alzheimer’s.

The liver is responsible for processing, converting, distributing and maintaining the body’s fuel supply which consists of nutrients and energy. Impeding these vital functions not only affects the body’s performance as a whole, but also the health of every single cell. The liver cannot perform any of these functions properly if its bile ducts are clogged with deposits of hardened bile or “gallstones” (made of gall or bile). Gallstones are caused by a number of factors, including the modern fast pace of living, stress, imbalanced diets, disruptive lifestyle, use of medical drugs, stimulants and alcohol, and ingestion of chemical poisons, such as food additives and artificial sweeteners. Bile duct congestion results in major impairment of digestive functions, thereby reducing the nutrient supply to the trillions of cells in the body. This makes gallstones in the liver to be a major cause of physical and emotional illness.

The liver flush mentioned in this context is a straightforward, safe and painless do-it-yourself procedure using apple juice (or malic acid), olive oil, citrus juice and Epsom salts to dispel gallstones from the liver and, of course, also from the gallbladder. The flush is best done on a weekend at home. Although the liver flush is very easy to do, it is important to understand the process and follow all of the directions precisely. Since introducing the liver cleanse to hundreds and thousands of patients in the 1990s, I have received countless testimonies expressing total amazement about the fast and profound healing effects it produces. They encouraged me to write a book on the subject. The book, The Amazing Liver and Gallbladder Flush, includes the exact procedure and necessary background information for conducting this simple, yet most profound cleanse. Today, the liver cleanse has helped restore the health of thousands of people in all parts of the world.

Gallstones in the Liver – The Most Common Cause of Illness

An estimated one billion of the world’s population will develop gallstones in their gallbladder at some stage in their lives. In the United States, 20 million adults suffer from gallstone attacks every year. In many cases, treatment merely consists of removing the gallbladder, at a cost of $5,000 per operation, with little or no regard to what causes gallstones. These statistics, however, do not account for the millions more who will develop gallstones in their liver or, or who already have them.

During my 30 years of practicing natural medicine around the world I have dealt with thousands of people suffering from all types of diseases. I can document that each one of them, without exception, has had considerable quantities of gallstones in their liver. Surprisingly, only relatively few chronically ill patients report having a history of gallstones in their gallbladder. However, as can be easily verified, every person suffering from heart disease, arthritis, MS, cancer or diabetes has hundreds if not thousands of gallstones blocking the bile ducts of their liver. The presence of gallstones in the liver is the main impediment to acquiring and maintaining good health, youthfulness and vitality. Gallstones are, in fact, one of the major reasons people become ill and have difficulty recuperating from illness.

Most people believe that gallstones can be found only in the gallbladder. This is a common false assumption. Most gallstones are actually formed in the liver and comparatively few occur in the gallbladder. You can easily verify this assessment by giving yourself a liver cleanse. It matters little whether you are a layperson, a medical doctor, scientist, or someone who no longer has a gallbladder and, therefore, is believed to be free of gallstones altogether. The results of the liver cleanse speak for themselves. Once you see hundreds of green or beige-colored gallstones floating in the toilet bowl during your first liver flush, you will intuitively know that you are on to something very important in your life.

I am repeatedly asked the intriguing question – why is there only little or no reference in mainstream medicine to the occurrence of gallstones in the liver? The failure to recognize the incidence of gallstone formation in the liver may very well be the most unfortunate oversight that has ever been made in the field of medicine, both orthodox and complementary forms. Heavy reliance on blood tests for diagnostic purposes, as seen in most medical practices, may actually be a big disadvantage with regard to assessing liver health. Most people who have some sort of physical complaint usually have perfectly normal liver enzyme levels in the blood, despite suffering liver congestion. Liver bile duct congestion is one of the commonest health problems, yet conventional medicine makes little or no reference to them, nor does it have reliable methods to diagnose these conditions. Liver enzyme levels in the blood become elevated only when there is advanced liver cell destruction, as is the case in hepatitis or liver inflammation. Liver cells contain large amounts of enzymes. When ruptured, the enzymes enter the blood and signal liver abnormalities. By then, however, the damage has already occurred. It takes many years of liver bile duct congestion before such an event becomes possible.

Unless there is a specific liver disease, such as liver cirrhosis, this vital organ is rarely considered a ‘culprit’ for other diseases. The majority of gallstones in the liver and gallbladder consist of the same ‘harmless’ constituents as are contained in liquid bile, with cholesterol being the main ingredient. This makes most of them ‘invisible’ to X-ray and ultra-sound technologies. Therefore, standard clinical tests are not a reliable way to detect gallstones (hardened bile) in the liver.

On the other hand, a qualified iridologist, an Ayurvedic physician or a natural health practitioner who knows the signs and indications of gallstones in the liver and gallbladder, can quite easily determine the extent of gallstone formation in these organs. [Such indicators are listed in the book The Amazing Liver Cleanse, available through www.authorhouse.com]. Most people in the civilized world have gallstones. But even in alternative or complementary medicine, there is rarely mention of an effective therapy that can actually remove gallstones safely and without pain. Even when all other disease-causing factors are eliminated, if gallstones are still present in the liver, they remain the hidden harbingers of future illness.

Those suffering from chronic illnesses usually have several thousand gallstones congesting the bile ducts of the liver. Some stones may have impacted the gallbladder as well. By removing these stones through a series of liver cleanses, and maintaining a reasonably balanced diet and lifestyle, the liver and gallbladder will be able to restore their natural efficiency, and most symptoms of discomfort or disease in the body will quickly begin to subside. Allergies will lessen or disappear, back, neck and shoulder pain will dissipate, and energy and wellness will improve dramatically. There is no part of the body that doesn’t benefit from liver cleansing.

Sweeping the liver clean eliminates thousands of bits of poisonous substances that have helped form the stones that block thousands of liver bile ducts. Cleansing the liver bile ducts from gallstones is one of the most important and powerful procedures to regain or improve your health and raise the body’s vibration. By reopening the bile ducts, the body’s energy circuit becomes restored and healing can take place on all levels of body, mind and spirit.

Andreas Moritz is a medical intuitive; a practitioner of Ayurveda, Iridology, Shiatsu and Vibrational Medicine; a writer and an artist. He has authored four books on health and healing: “The Amazing Liver and Gallbladder Flush”, “Timeless Secrets of Health and Rejuvenation,” “Lifting the Veil of Duality,” and “It’s Time to Come Alive” (all books are available through http://www.ener-chi.com or http://www.amazon.com).

Liver flushing can be done several ways. The most popular is done by using extra virgin olive oil.

Here are some liver flushing methods I personally do: