The Electric Sun, Our Electrical Existence

Direct sunlight. Not through glass. Not through screens. Direct. Directly landing on your skin. And from time to time, do sun gazing as well. Let the sun shine through your eyes to recharge the rest of your body. 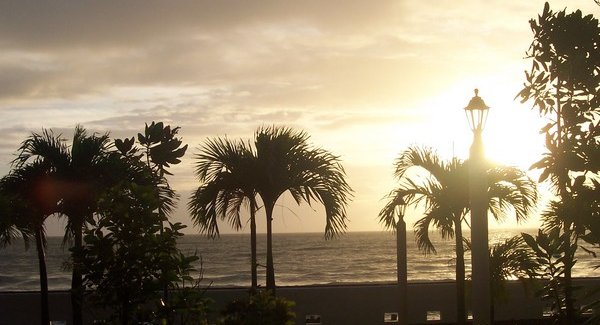 The sun is electric. Whatever the old scientists told you that the sun is a thermonuclear thing is wrong.

In this day and age there is no longer any doubt that electrical effects in plasmas play an important role in the phenomena we observe on the Sun. The major properties of the “Electric Sun (ES) model” are as follows:

We need sun exposure on our skin, even through our eyes. You don’t need to directly look at the sun, you know when the sunlight goes in through your eyes every now and then. Get out of your office, get out of your homes and get some sun. How much sun time? Doctor Mercola has a guide. And Mike Adams has a guide.

“The human body thrives on sunshine! There is no stronger medicine on the face of the earth that pure direct sunshine on the “bare” skin. The entire body needs sunshine. The energy from the sun supplies the life of the earth. This energy known as cosmic energy is the source of all life. All of God’s Laws surround around the function of the suns.” — Barefoot Herbalist MH in his 108 Pages Booklet

And what of our electrical selves? All our cells are electrically powered. Our brains are electrical and sends signals electrically. This is why chiropractics work. Your spine must allow for efficient brain communications. We are urged to go barefoot for electrical grounding. Some people find improvement in simple magnetic wristbands. Hulda Clark Zappers kill parasites, bacteria and viruses. Beck machines clean the blood. Pyroenergen raises total blood and body alkalinity and eliminates viruses.

How about our electrical food? Raw is king. Freshly slaughtered animal meat can be seen and felt still vibrating. Just plucked fruits eaten immediately have electrical charge in them. Microwaved foods have the wrong electrical vibration and are detrimental to health. The water we drink is optimally structured when locked in raw fruits and raw meats. Fresh coconut juice is far superior to home distilled water.

Our electrical everyday environment? TV, computers, cell phones, radio all contributing to electrical noise. Add to that the new wireless electrical power transmission being marketed to homes and we still do not know how bad that might affect us. The air we breath is electrically charged optimally if you were beside the sea or up in the mountains. Some devices are being popularized like orgonite which can cancel the harmful electro magnetic pollution we experience everyday. There are even grounded beds that claim to benefit you by sleeping grounded.

Back to sunlight, throughout most of recorded history man has lived and worked out of doors with ull exposure to sunlight. In our modern society today, millions live in the cities, working indoors in factories and offices; sickly conditions bereft of natural sunlight.

Since I own my own company, I chose an office where natural sunlight is our lighting source.

We can always choose where we live or work. I choose health.