January 2013 marks my 5th year of being on raw paleo diet. I have to thank the raw paleo diet community at www.rawpaleodietforum.com for keeping me company all these years. Giving insights on their experiences in their part of the world and with what many forms of raw paleo diet there are. There are many different forms out there to choose from such as instinctive / instincto, raw primal diet by aajonus vonderplanitz, raw carnivorous, omnivorous high fat low carb… and we mostly agree that high protein is not good for most of us. In return I provide network administration and professional hosting services.

These days in January 2013 I am on an omnivorous raw paleo diet. My animal food / protein consumption has markedly decreased via sheer instinct. I used to consume some 500 to 600 grams of raw animal foods daily in year 2 and year 3, but year 4 saw a marked decline. I think in January 2013, I may be eating some 200 grams of raw animal food per day. I am now able to digest raw carabao milk better… some very minor farting to none. Maybe it is because I’ve been eating probiotic stuff. Fermented papaya, fermented ginger, sourkrout, korean kimchi, fermented fish bagoong and a lacto bacilli liquid supplement for those times I get in a social situation where I have to eat cooked meat.

I consume a lot of fruits in this fruit heaven of a country I live in. Not sugar bombs mind you. Always choose healthy fruits… not chemicalized, grown more organic, or organic by default… or wild. I’m extrapolating that with 1% of the forest cover left today from 100 years ago, meant that the Philippines had tons and tons more fruit in paleolithic times as the Spaniard records had shown in their 16th century archives that our country was food heaven. Tons of fruits, wild pigs fat and can’t run due to too much fruit in the wild, tons of wild honey, tons of aquatic animal food by the sea shore and in the rivers and streams and lakes.

Sourcing of food is of every day importance. I go to the markets some 5 days a week. A wide variety of food sources, and take great pains to travel and find and make new contacts with new suppliers. Just yesterday I got introduced to a manufacturer of bagoong (fermented fish / shrimp) and she had some personal non commercial mango trees, so I bought a couple of kilos of non-commercially produced carabao mangoes. This morning I was in the very big wet market before 6am.

Illness like the common cold and common fever is now alien to me. I was surprised and frustrated at how mortal I still was to have gotten sick with a chicken pox pestilence that ravaged our household… in sharp contrast to me and my son on raw paleo diet resisting the amoebiasis and pseudomonas infection that brought down the entire household.

Once again raw paleo diet last year helped heal my 11 year old boy of his intestinal challenges. He has his own story to tell. Raw paleo diet helped my driver recover from his kidney problems such as gout, uti, high blood pressure, and erectile dysfunction.

I also did some 2 interviews for TV programs on the topic of raw paleo diet.

I’m just having a comfortable life on raw paleo diet. This diet and life style has given me immense health, comfort and confidence to live a healthy life with no fear of coming down with “incurable diseases”. The are no rice cravings… strange for a Filipino, and no cooked meat cravings. I did give in to salt… but my preferred form is bagoong. Bagoong in the form of fermented fish where my preference is padas… tiny whole fish with head and innards… for more complete nutrition. Maybe every quarter I will remember to buy some blue cheese as it tastes almost like home made high meat.

My animal foods these days are beef and innards, horse, lamb, shrimp, squid, tuna, blue marlin, malasugi, oysters, clams, dilis, crabs (rarely). By volume my strictness to raw is some 95% or more. 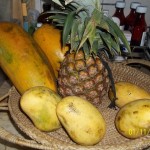 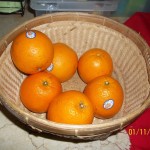 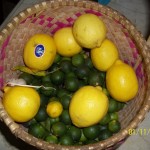 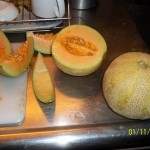 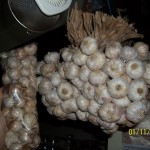 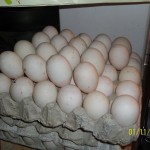 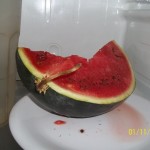 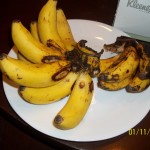 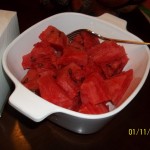 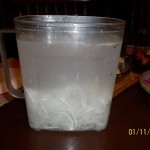 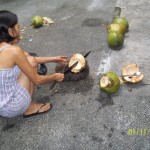 Young coconuts for foreigners... but locally we classify these as depending on the consistency of the meat: "mala-uhog" - like mucus, "mala-kanin" - like rice (nicely edible, like these ones shown) - "fruit salad" - for making fruit salad... as it is harder - and even hardest to make coconut milk --- when brown... called "niyog" 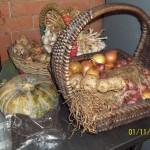 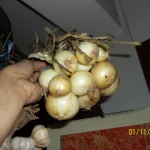 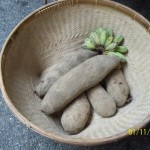 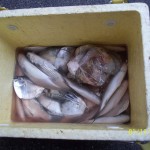 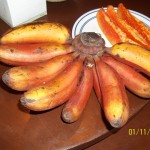 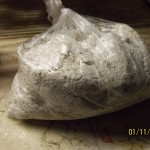 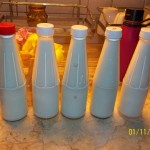 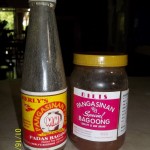 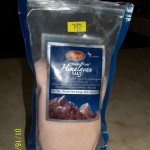 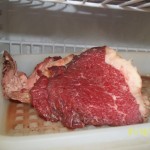 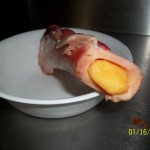 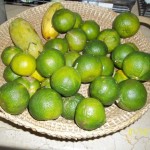 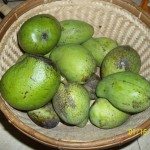 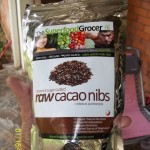 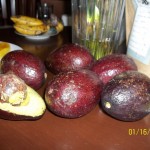 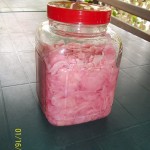 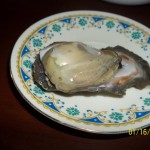 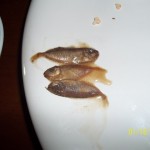 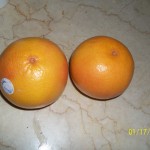 Descriptions of each food item can be found as captions to the blown up pictures.

The photo gallery blow ups function has been fixed. Click on a thumbnail picture to blow it up for a closer view. Press left and right arrow keys for previous and next views.

Once I had found good enough food sources, variety and a system of supplying and storing myself with excellent food, consuming raw paleo diet food is the most natural, simplest and cleanest life style. No hassle of cooking and cleaning cooking utensils. My most useful storage tools are the ice chests with ice, and the refrigerator. Note that freezing meat and fish destroys the flavor… and probably lessens the nutrition in them.

So this raw paleo diet in Manila turned out to be the easiest way of life, delicious food and healthiest results is a combination that is just too good to be true. But it is.

There will of course be more changes, more experiments and a widening of resources in the next years to come.