Basic Paradigm: All Soy, All Soya, All Organic Soya – is BAD FOR YOUR HEALTH

I was with a very good friend last night and we were in a 711 and he asked which soy drink product I would recommend. And I answered none. None at all. He asked, even if it is organic soy? I said it is ALL SOY. ALL SOYA. ALL ORGANIC SOYA – the whole species is not for human consumption. My opinion is all soya is bad for your health. Many books have been written about the evils of how soy is bad for human health. What made its mark in our family memory is when our first born child was severely affected by soya.

Way back in 2002 when our first born son was 1 year old, my wife had called to my attention that our 1 year old boy seemed to behave like a tiny gay / homosexual / screamingly effeminate / “baklita” – it is so common, in the Philippines, we have a word for it. Hell, there’s even an award winning movie about a “baklita” called “Ang Pagdadalaga ni Maximo Oliveros”. See this movie trailer so you can see what a “baklita” is. Imagine, our son was just 1 year old.

For many politically correctness brainwashed people, they will accept their children’s fate and never even search for possible causes and cures for their children’s “baklita” traits. Fortunately for our son, we are always politically incorrect. As an engineer and programmer and network administrator, I am only interested in truth, cause and effect, true science, never politics.

Luckily the internet was already available in 2002 and we searched furiously and we stumbled onto the issue of SOYA. How all soya was bad. How any soya was bad. How it didn’t matter what form of soya it was, not even organic soya is ever safe… it is all bad because that is just the way soya is. Soya is not food for humans.

So how was this connected with our son’s “baklita” symptoms? Another argument against soya is that it is loaded with estrogen. Soya estrogen. You know, those estrogen shots Michael Jackson allegedly shot himself up to maintain his high effeminate voice. We were feeding our son everyday with “TAHO”, a street vendor brought snack. At the same time we were regular folk then who put soya in our vegetable dishes and would sometimes buy soya milk. 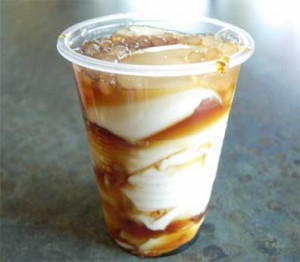 What nailed it for me was the alleged ubiquity of soy in all the junk food and processed food. How there was a doomsday essay that in the near future there would be zero men in the world because of soy contamination. All machinery would stop running the world because women and gay men usually do not have a knack for mechanical machinery. This essay woke me and my wife up. The cause of why our son at 1 year old seemed like a baklita was probably soya.

The results? In less than a month, our son had stopped being a “baklita”. All the arguments against soya were true… for our son. We were believers. We had our son back. Our MALE son. In our experience – effeminate-ness is not genetic… in our experience, it was soya and estrogens in the diet that was causing gayness. And we had solved our son’s problem.

And this is why we firmly believe all Soy, all Soya, all Organic Soya – is BAD FOR YOUR HEALTH.