Cancer Cure: Why Raw Paleo Diet is the Basis For Curing all Diseases

Cancer cure with raw paleo diet. Look up Aajonus Vonderplanitz. Look up G.C. Burger. Fine gentlemen who cured their own cancers and stay cured with their own version of a raw paleo diet. I would like to tell you that there is nothing fantastic about this feat called cancer cure or disease cures. I now give you the story of little Nemo, the clown fish… you remember that animated movie? 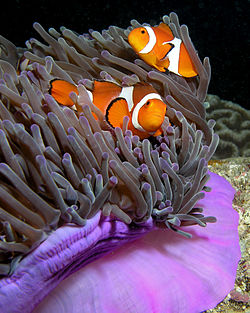 Of course the first thing that comes to mind is you put little Nemo the clown fish back to his pristine waters, back to his home in the anemone in the coral reefs in the ocean. Nemo has all the factors of health going for him there, the water, the food… predators is another matter though… ha ha!

With human beings getting cancer and other diseases, all we need to do is do a little Nemo. We humans are born in our own aquariums, our own cities are human zoos. Put the human back in the “Garden of Eden” with beneficial environment and beneficial food… garden of eden standards… and ta da… easily cancer cure and all diseases cured human.

Garden of eden beneficial foods is the original human diet. A raw paleo diet. Which could vary depending on where you lived. Archaeological evidence in my country the Philippines 8000 years ago showed that the original diets of humans at that time were lots of animals… aquatic and terrestrial, fruits and some vegetables. Simple as that. Raw of course.

The big problem is humans are creatures of habit and highly susceptible to hypnotic suggestions in mass media advertising. Most humans minds are screwed and dumbed down to not realize that their drugs, potions, cooked and condimented foods are silly and killing them. Do you really think the recipes and cooking of Master Chefs are going to cure you of diseases? No way.

Logic, true science, not magic, not sorcery, not superstition will cure you of cancer. You need to understand what I am teaching to your very core. You need to let go of all the commercialized human concepts, let go of the corrupt medical concepts.

Stop being afraid of raw foods. You must eat your animals raw and un-condimented. Fruits and vegetables alone will not give you vibrant health. You need to eat your aquatic creatures raw, and your terrestrial animals raw. And pick the healthy creatures. Eating sick creatures will make you sick.

Now go. Join the raw paleo diet community at http://www.rawpaleodietforum.com absorb what you can absorb. Learn what you can learn and just do it.