Upset Stomach and Diarrhea unresolved for 1 Week on Medical Care… then Cured in 1 night by Alternative, Real Medicine

We were having dinner last Saturday night with our dear FIL and I offered him some of my raw tuna sashimi. FIL declined and said he had an upset stomach… and that this upset stomach and diarrhea had been going on for 1 week… and that he had gone to his medical doctor, had a blood test, had a stool sample analysis and both turned up NOTHING. So FIL’s doctor merely guessed that he had some sort of VIRUS and the only treatment his doctor gave him was HYDRITE to help resupply him with minerals lost due to diarrhea. That is another sad and total failure of the medical system which means we have to swoop in and save the day.

First thing that came to my mind was immediately give FIL 3 fluid ounces of our home made “lacto probiotics”. This is a home made brew made by our organic farmer Gil Carandang of Herbana farms. I have 4 large gallons of this stuff. FIL drank 3 oz of this lacto probiotics immediately while having his dinner. I explained that sometimes our bodies expel things via diarrhea and may over expel including our own friendly bacteria. So we need to replenish our own intestinal digestive flora with external probiotics.

Second thing. My wife chimed in and suggested drinking 2 capsules of activated charcoal some 30 minutes after dinner. Activated charcoal will adsorb any bad / foreign stuff in the stomach and intestines and escort all of these out to poop.

Third thing. The virus theory. So the medical doctor thinks it may be a virus. But the medical profession has NOTHING that can work on viruses. But I do have an electric device called a PyroEnergen that specifically blasts the pants out of any virus in 30 – 60 minutes. So I suggested we do a pyroenergen session around 8pm when FIL goes to bed to sleep. So FIL did get a pyroenergen session for about 40 minutes in the evening and he went straight to sleep. FIL said his tummy had stopped grumbling.

The following morning, Sunday morning, FIL was beaming with health and having a good breakfast. FIL said that his upset stomach and diarrhea for 1 week is now all cured.

The conundrum from a medical point of view as FIL asked was, which of the 3 things we used on him really worked? My reply as a healer is… I don’t care… and you should not care… because what really matters is that after 1 week of suffering from upset stomach and diarrhea… FIL is cured. And it only took one night. And for all I care, all 3 items worked together to deliver the cure. 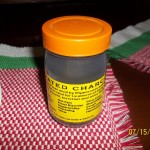 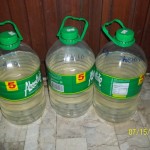 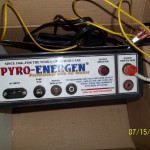